The National Cadet Corps (NCC) is the youth wing of the Indian Armed Forces with its headquarters in New Delhi, India. It is open to school and college students on voluntary basis as a Tri-Services Organisation, comprising the Army, the Navy and the Air Force, engaged in developing the youth of the country into disciplined and patriotic citizens. The soldier youth foundation in India is a voluntary organization which recruits cadets from high schools, higher secondary, colleges and universities all over India. The cadets are given basic military training in small arms and drill. The officers and cadets have no liability for active military service once they complete their course. The emblem

SELECTION TEST FOR NATIONAL CADET CORPS A selection test for National Cadet Corps organized by 3 UK CTR NCC, Roorkee at Roorkee Institute of Technology on 21st November, 2022. A total of fifty seven students took part in the NCC selection test. The students were selected by the unit on the basis of a physical and written test. From the NCC unit Subedar P.Kashyap, CHM Ombir Singh and CHM Subhash Jamival tested the physical strength of the students through 1.5 Km race, pushups and situps. After passing the physical test the students were instructed to sit for the written test. In the above selection procedure the NCC unit was assisted by the staff of RIT; Mr. Satish Kumar, Chief Administrative. 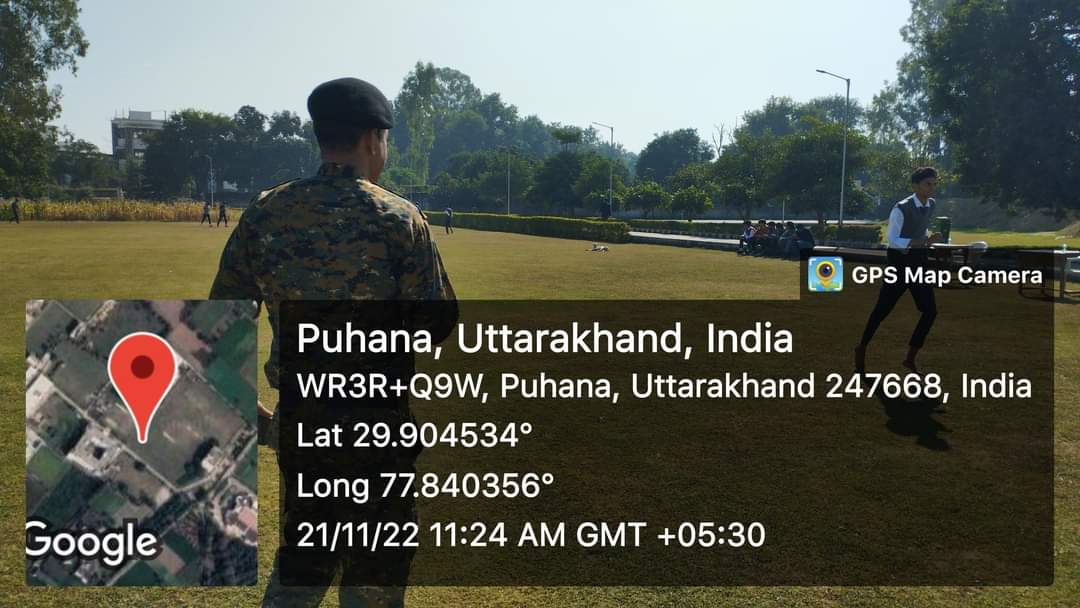